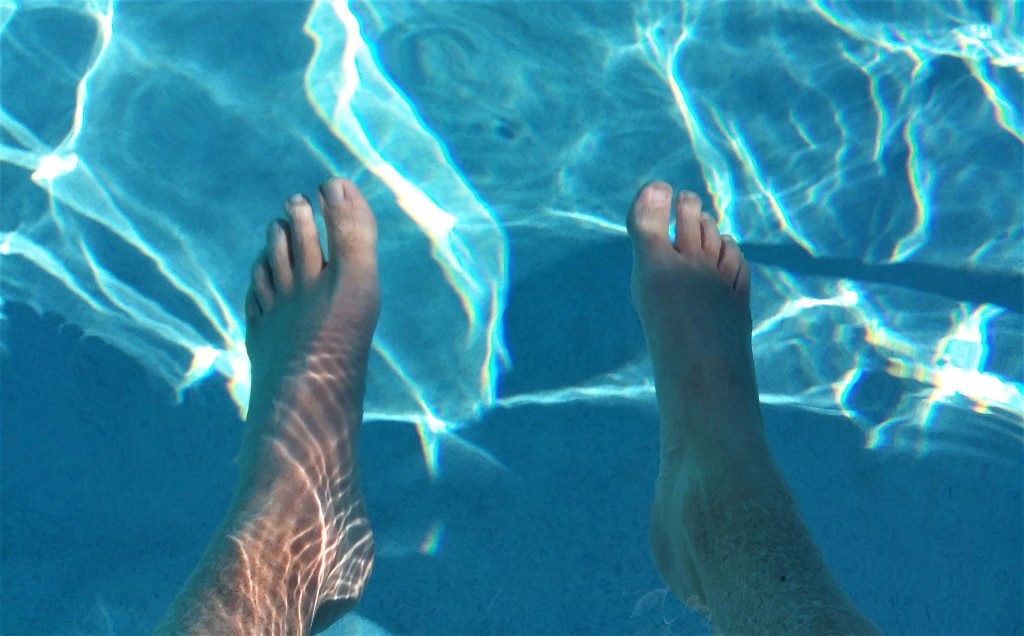 It’s a long story, but true. For much of my professional life, I became a master of jumping ship. Making a quick splash in a promising job. Then, when it didn’t work out, finding and throwing myself a life-preserver that would rescue me until I could paddle to the next station in life.

Four months selling newspaper ad space in Jackson, Mississippi in 1980. That was a disaster. Four years writing mundane retail ad copy for Sears in Chicago. The friends I made there–Janet, in particular (our Sears years began on the same day)–kept me afloat.

Fifteen months with a small ad agency in Oak Brook, Illinois. Eighteen months crafting copy and PR strategies in starched shirts and suits for the high-powered Hill & Knowlton just off of Michigan Avenue. Six months with Weiser Group on the other side of town. Then, another deep breath before going back under water.

When I reemerged in 1988, I was holding onto another life preserver at Covia as a PR writer. This time I stayed for five years of creative moments peppered with senior executive hostility. The silver lining? Another lasting friendship–thank you, Mary Jane–and a few agonizing business trips to Tucson, Arizona. Dusty foreshadowing for a desert life … not a vanishing mirage … that would appear on the horizon three decades later without corporate shackles.

On to February 2001. I tried my hand again as a freelance writer and training facilitator again. Things were going swimmingly until September 11. My business dried up over the next several months, but somehow I was able to tread water in the deep end.

In August of 2002, I resurfaced in Schaumburg, Illinois, as Director of HR Communication for Zurich North America, the Swiss-based insurance firm. The pay was good. While working there, I met another lifelong friend, Jillian (years later, Tom and I would ask her to be the officiant at our wedding). Still I felt like a fish out of water.

In spite of being “out” in various corners of my life, I was gaining weight and floundering personally at Zurich, another conservative company. Yes, I was going through the motions for all the right reasons. Making money to pay child support and contribute to Nick’s and Kirk’s college educations. But, at the end of each day, the feeling was the same. I was an outsider living in a straight world.

I realize now I wasn’t escaping jobs simply because I found them boring or overly taxing. I was casting myself into unchartered waters, because the stifling world of work and its many layers of homophobia–in addition to my own inability at that time to love my gay self–threatened my closeted existence. Think of it as a kind of toxic cocktail consumed for decades. A mix of liquid resiliency stirred by intense anxiety and a fear of entrapment.

In early 2006, I left Zurich. Something new happened for me, a gay man ordinarily adrift in choppy corporate waters.

In February or March, a search firm called with an enticing possibility. Hewitt Associates, a multi-national human resources firm, was angling for seasoned consultants to join their communication practice in Lincolnshire, Illinois.  I decided to turn the page and pursue a new gig.

Hewitt’s hiring process was rigorous. A few rounds of intense interviews. Thorough discussions with six or eight senior executives and consultants I would be working with. Strangely, I remember feeling entirely at ease. Perhaps it was because I had decided I would “out” myself at the start and ask a burning question: “Can a gay man like me be successful working here?”

I could tell Lori, the practice leader, was surprised by my forthrightness. But she didn’t hesitate. She and Robyn, my future boss, insisted I could make a lasting go of it. So, in early April, I left Zurich and found myself unpacking my belongings in my Hewitt office. On Day One, I placed pictures of all the men in my life … my partner Tom, my sons Nick and Kirk … on my desk next to that of Maggie, our sweet basset hound.

Hewitt had the reputation as an industry leader with high standards for excellence and integrity. Along the way, I learned from my new colleagues that earlier in its history, when the company was privately held, the organization famously insisted upon sending its consultants to “charm school” to ensure uniformity in technique and approach. So, clearly this wasn’t the free-wheeling atmosphere you might expect I needed to find my stride.

Even so, from the start, I never veered from my true story. Quickly, my mates treated me with respect. I earned their confidence as a friendly, no-nonsense, collaborative colleague … forever at home brainstorming themes, concepts and brands in the comfy confines and chairs of the Creative Zone.

In those days, to encourage longevity with the organization, Hewitt offered a retention incentive called Splash. Essentially, for every five years you worked for the company, you would receive one week of paid Splash … a mini-sabbatical away from the bumps and grinds of a busy professional life … in addition to any regular accrued vacation time.

This program–along with the company’s ingrained culture of personal closeness and trust–produced dozens of long-service employees. Folks who worked hard and played hard together … many of them for twenty years or more.

The first few years passed quickly for me at Hewitt. I worked long hours for clients, who demanded excellence and timely turnaround. I mentored a few younger associates along the way. In 2008, I moved with three colleagues into the Chicago office to help build the communication practice in the Loop. Over the next several years, Robyn, Dina, Kim–three more lifelong friends–and I celebrated project successes. We endured a few failures, too. But they were good years. Obama was president and I was a happier man at Hewitt.

One morning, in July 2010, we all received a startling email. Aon Corporation, the global insurance and consulting firm, was buying Hewitt. In short order, vestiges of the old Hewitt culture … the constant collegiality, the “I’ve-got-your-back” spirit of oneness, the splendid Splash program … all vanished. Fortunately though, most of the relationships with friends there didn’t.

I logged billable hours for another three-and-a-half years as an employee of Aon Hewitt, before leaving in late January 2014 … worn from all the heavy lifting and my mother’s long, slow decline and death the year before. Little did I know I’d soon be resuming my professional life on my terms. I’d be writing my own, unvarnished personal stories. Soon From Fertile Ground fell out of my brain and landed on the page.

Since moving on, I’ve stayed in touch with many of my Hewitt friends on line. I still feel their love and encouragement. We root for each other from afar. Here in the desert, I’ve kept a box of cards they gave me when I retired. Each one reminds me of my eight Hewitt years–perhaps my best corporate chapter of all–before I dived headfirst into this literary life with enough money for Tom and me to live simply. But without having to ever again define myself by the salary I once earned.

As you’ve probably guessed, I never realized the benefits of Hewitt’s Splash. By the time I celebrated my five-year anniversary, Aon had dismantled the program. But, as karma would dictate, I’ve created my own version of Splash with Tom in Arizona. An open schedule. The unearthing of three books and an ever-evolving blog. A sandy sabbatical seasoned with swims.

For the last month or so, there haven’t been any opportunities to jump in the water and plunge ahead into the blue unknown. Like most of the world, our pools have been closed due to the global pandemic.

But on May 1, our community watering hole reopened under tight regulations. Only lap swimming is allowed. Most of the snow birds have flown home, so that’s a reasonable solution for Scottsdale, Arizona. There are fewer people to steer clear of here in the spring and summer months, because triple digits at 3 p.m. have become the norm.

For each of the past three mornings, I’ve submerged myself feet first, back in the water before 8 a.m. The air temperature is perfect at that hour … seventy or seventy-five degrees … and the water is refreshing. Just right for getting my stroke and fueling my energy for this story, which appears exactly two years since I began my blogging journey.

Fifteen or twenty minutes each morning is all it takes for me to feel free again, gliding through the water. Thirty laps of swimming from one side of the pool to the other. Then I dry off and come back inside to write my stories and share the companionship of my loving husband in the quiet of the Sonoran Desert.

That’s really all I need to make a splash.