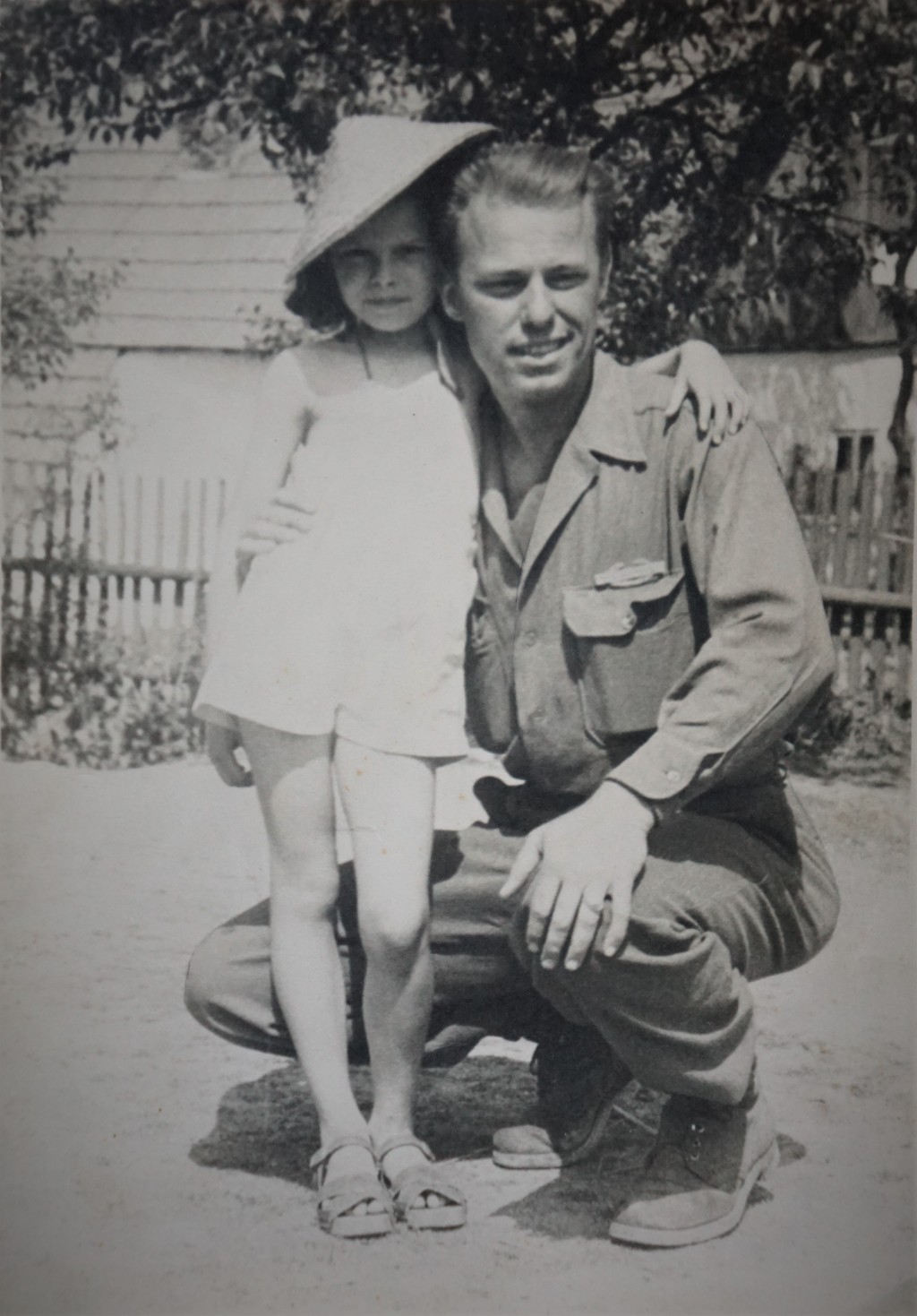 Sometimes, long after a chapter is written, lived or buried, you unearth a grainy photo and analyze it more closely. It prompts you to consider what you suspect, but will never really know. That the truth of war, like global pandemics, is often too painful for the traumatized to reconcile, resolve and recount.

Who was the Czechoslovakian girl posing in May 1945 with my father Walter A. Johnson, a sergeant in the 23rd Infantry Regiment, 2nd Division? What became of her in those days after Nazi Germany surrendered? What happened to her parents? Did she have siblings? Were they split apart by the war? Did they ever reconnect? Did she have nightmares about death and destruction like the ones my sensitive father carried back with him from Europe?

I’ve fabricated my own scenario about the photo and Dad’s handwritten message on the flip side. Maybe Walter simply wanted to share a harmless, tender image of his war experience with his parents, Albert and Louise, and his older sister Thelma … without acknowledging the bloodshed.

Perhaps he needed to pretend that everything in his world was all right even if it wasn’t. To imagine that in the madness of war he had been able to put his arm around and comfort at least one lost soul in the land he would leave behind. Even if it wasn’t his own.

One of Walter’s old army buddies–Corporal A. W. Donahue from Holyoke, Massachusetts–apparently knew him well. He wrote this in Dad’s pocket-size My Life in the Service book:

“The best-natured and biggest-hearted guy I’ve met in the Army is my old pal, Walt Johnson.”

Though I’ll never really know what happened seventy-five years ago in Europe, I am fortunate to read and hold this record of my father’s true nature, along with a short stack of family letters written and mailed from St. Louis and Chicago in 1945. The handwritten and typed sentiments would help keep his spirits afloat, when he thought he might be destined for another round of duty in the Pacific. Fortunately, for him and me, that never happened.

In the coming days, I’ll be sharing excerpts of at least one of the letters he received from Thelma. It was just like him to tuck them in his foot locker and bring them all home.

4 thoughts on “What Happened Seventy-Five Years Ago?”