Back in March, when news of the pandemic began to assault our senses, Tom and I agreed we wanted to introduce a splash of color into our home. To bring a fresh bunch of store-bought flowers into our haven each week. To ease the pain of 2020 by creating our own bouquet of happiness.

Now that October is with us, I’ve been craving fall colors. Though I smile every time I see the scarlet bougainvillea blooms swaying in a gentle breeze outside our back door, we don’t enjoy crisp apple-picking days in the Sonoran Desert or a traditional array of autumn leaves.

This week we brought home burnt orange roses to ogle over. As I freed them from the plastic wrap, the interior designer in me recommended placing them in my mother’s canary yellow Fiesta pitcher from the 1940s.

Full disclosure. In the past week, I also have bought and consumed organic pumpkin spiced applesauce, transferred two decorative harvest dinner plates (Mom also left those behind) from the hutch in our sun room to our kitchen cabinet, positioned our plastic jack-o-lantern on top of our living room bookshelf, and rescued two orange-black-and-white, witchy-and-batty cupcake dish towels from the cupboard.

After all, it’s October. Even if it is 2020, we have to manufacturer our own of version autumnal happiness and humor our Halloween hankerings. Our lives are more than COVID-19 results and election prognostications. We must maintain some sense of stability and go on living.

On the first morning of autumn, September’s long-forgotten-and-seldom-seen sister dropped in from beyond the buttes.

Unreliable rain interrupted an eight o’clock swim. She had ghosted us all summer. Promised her return. Teased us with phantom forecasts.

She stayed for ten minutes. Long enough to soothe freckled shoulders, heal parched souls, and cast a creosote cocktail over the palms.

Her intoxicating personality was the change we needed to silence the sameness. To swim and dance again under the clouds of our desert dreams. 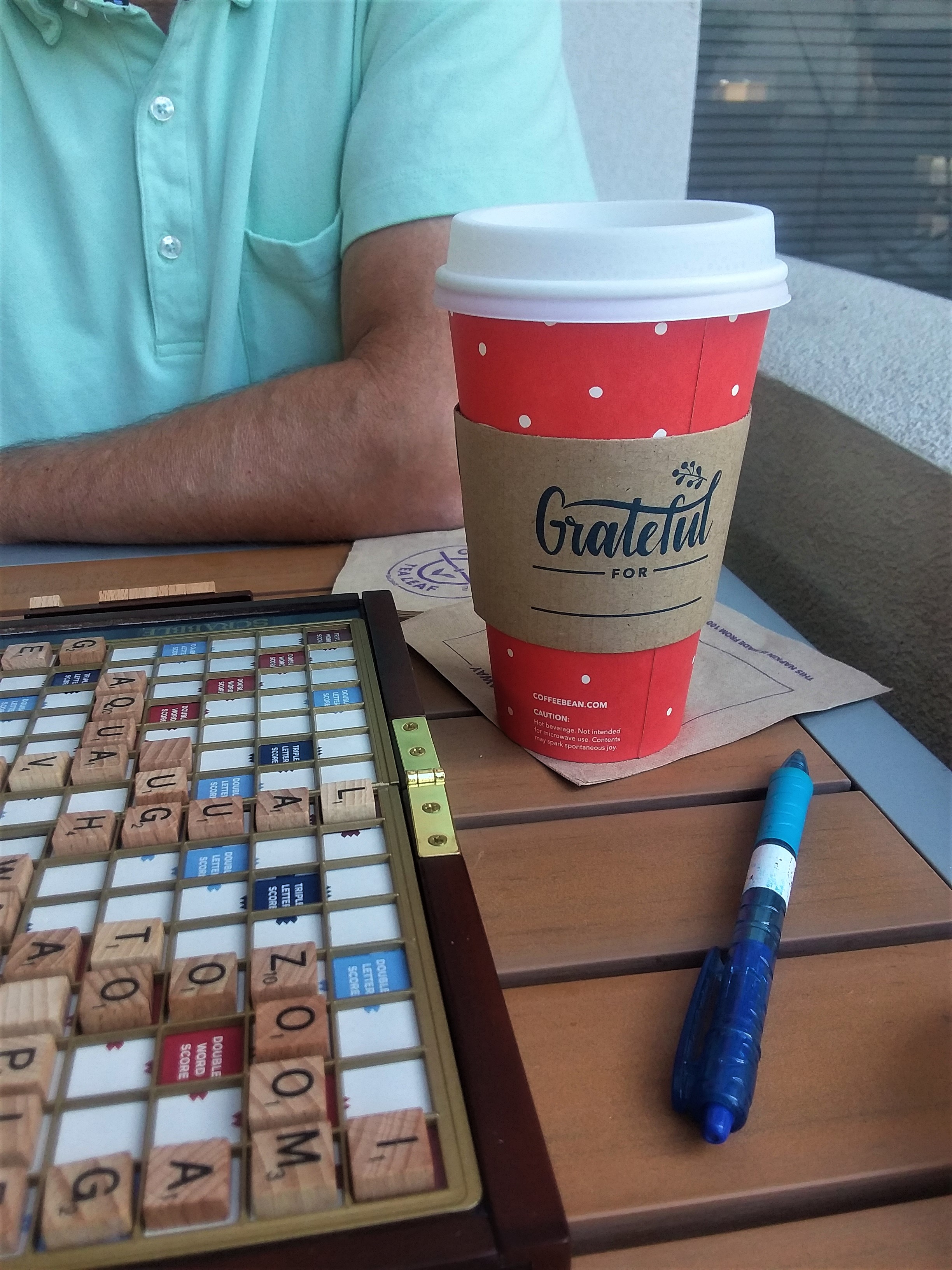 S-C-R-A-B-B-L-E … and it’s been that way for Tom and me for the past twenty-three years.

Back in the fall of 1996, I was a single dad. At the time, Nick was twelve; Kirk was seven. The divorce decree called for my boys to spend half of their time with their mother at her home and half with me at mine. Both of us lived in Mount Prospect, Illinois.

It was far from the perfect parenting scenario for my sons, but at least I was able to see them regularly, attend school and sports events, and have an influence on their lives. I’m thankful for those years and my life as a dad, though it was a tumultuous time for all of us. It’s difficult for me to believe my sons are now thirty-five and thirty,  but I’m forced to realize it’s true. When I pass a mirror, I see the 2019 version of me. (By the way, if you’re a parent, you may have an interest in reading my book An Unobstructed View.)

Meanwhile, also in late 1996, Tom and I were beginning to build our relationship. We realized we needed to have at least one time a week when we could count on seeing each other … while juggling two independent demanding careers and honoring my desire and commitment to be there for my sons.

So, we concocted a scheme. On most Sunday mornings, we left our respective homes. They were seven or eight miles apart. We met at a coffee shop in Chicago’s northwest suburbs for a few hours of creative wordplay. We devoted our Sunday mornings to each other and Scrabble. Each week we formed new combinations of words on our portable game board while cradling hot cups of coffee. It was our time then and it’s our time now. We’ve been repeating this refrain for twenty-three years in Illinois, Arizona and places in between.

Scrabble will always be our magnificent obsession. On bright days and dark ones, our creative oasis is our escape from the traumas of our world and Breaking News. Just the two of us producing endless combinations of vowels and consonants and laying them out across a compact board.

Yesterday was no exception. We drove to The Coffee Bean in Scottsdale and carried our portable Scrabble. With the game midway between us, we consumed two cups of coffee and shared a blueberry scone at a table outside on an eighty-degree, autumn-in-Arizona morning.

Unfortunately for me, Tom was victorious as he is at least fifty percent of the time. On this occasion, his thirty points (a double word score on the word pique near the end of the game) sealed the deal. The final score? 294 points for him; 278 for me.

But the outcome really never matters. What counts is that on good days and bad ones we’re keeping our brains nimble and our Scrabble tradition alive. Our weekly propensity to manipulate tiny wooden letters in a tray will always be ours … and I’ll be forever grateful for the memories of our Scrabble Sundays. From A to Z. 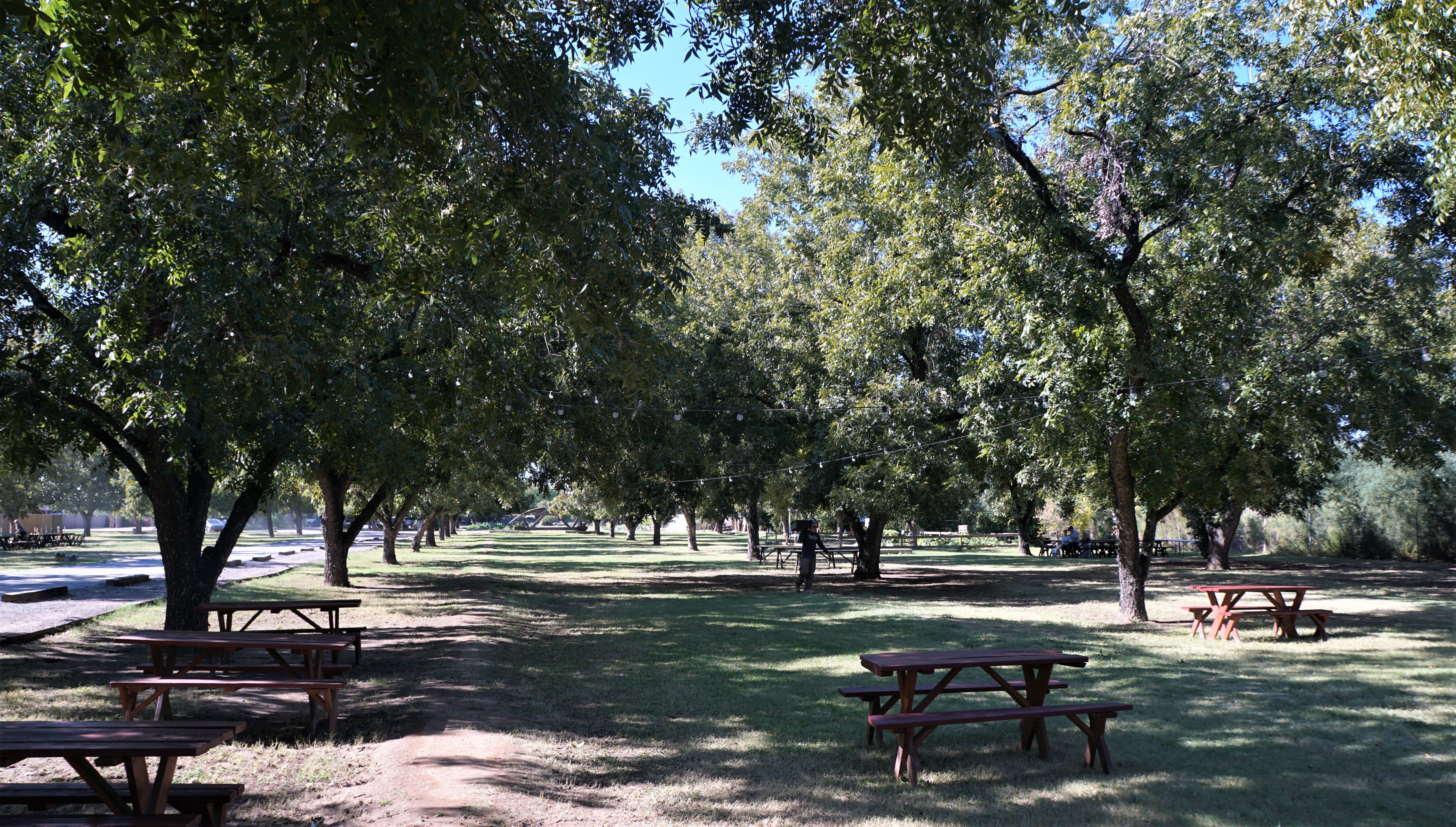 One of my favorite lunch spots in Phoenix: The Farm at South Mountain. An impromptu meal of creamy tomato basil soup and half of a turkey sandwich with Tom. The best part? Dining outdoors together at a picnic table under blue skies and pecan trees.

That’s something to be thankful for any day. But especially on November 1 when it’s eighty degrees in the Valley of the Sun and other parts of the country are facing the harsh realities of raging wildfires or snow-crusted sidewalks and jack-o’-lanterns.

During November, I’ll be posting messages of thankfulness. Some will be quick observations like these about the warm place I call home. Others will be deeper stories of reflection and gratitude … mini-memoirs about people who have made a difference in my life or left an indelible imprint.

What are you thankful for? 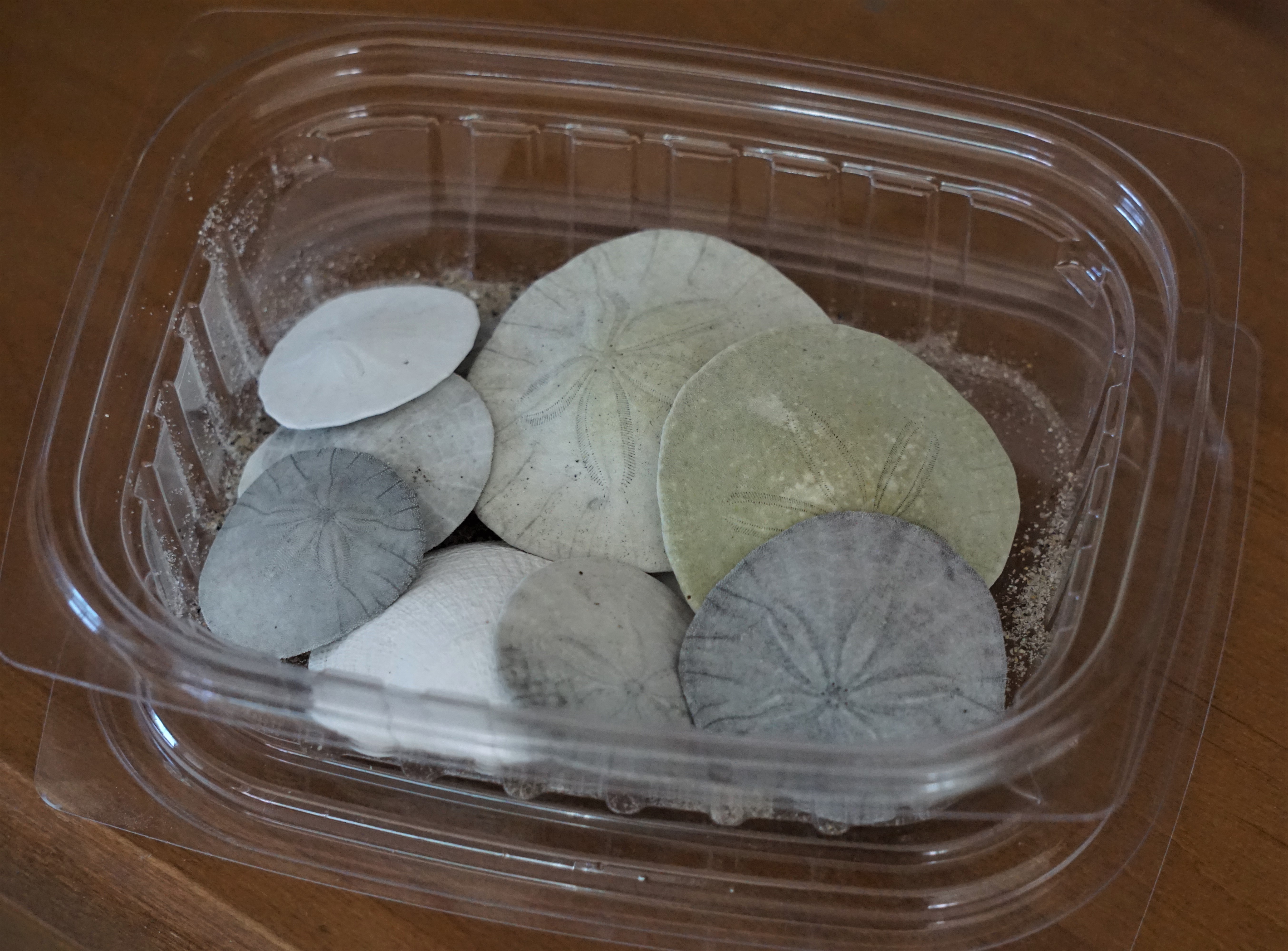 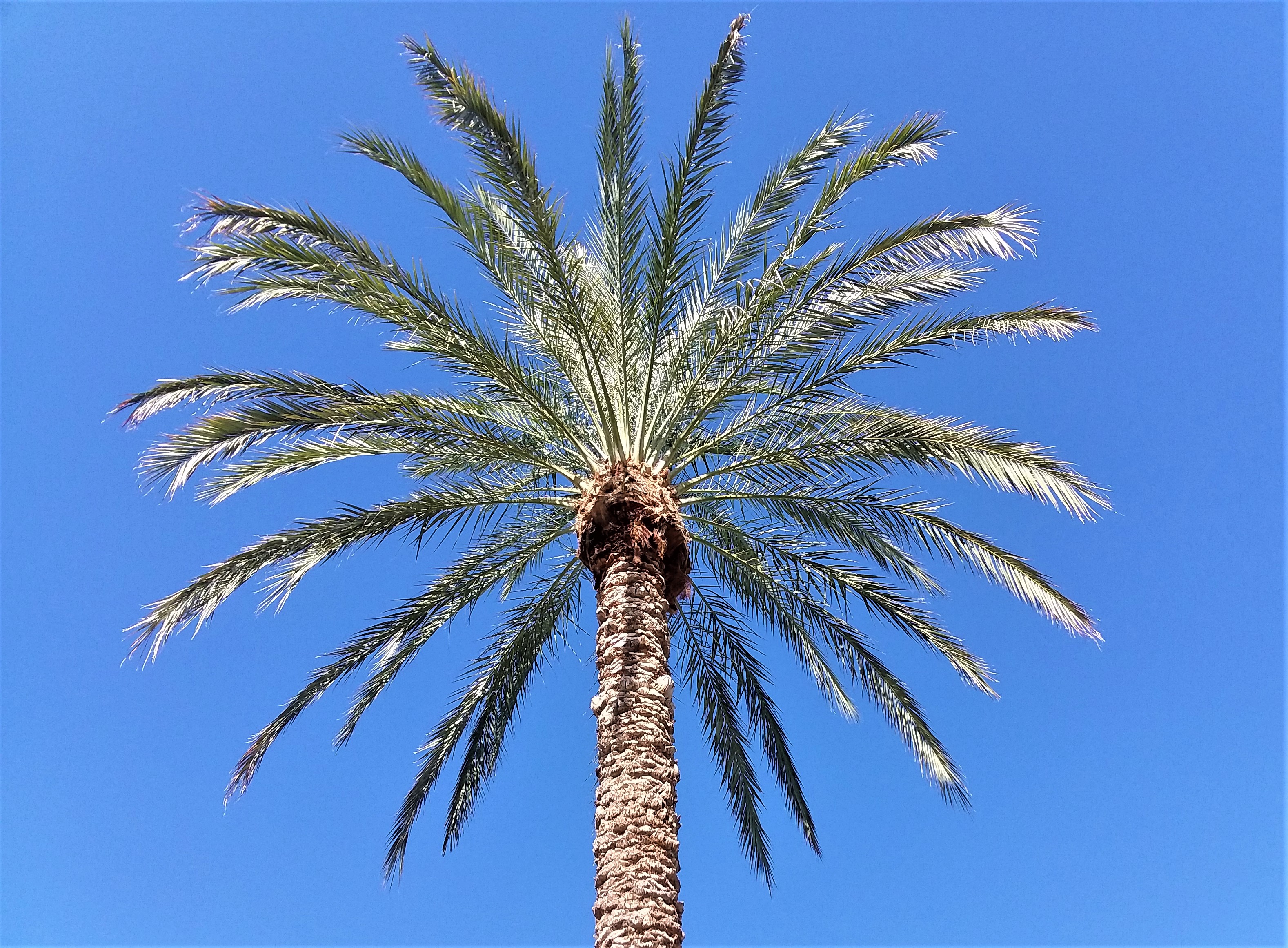 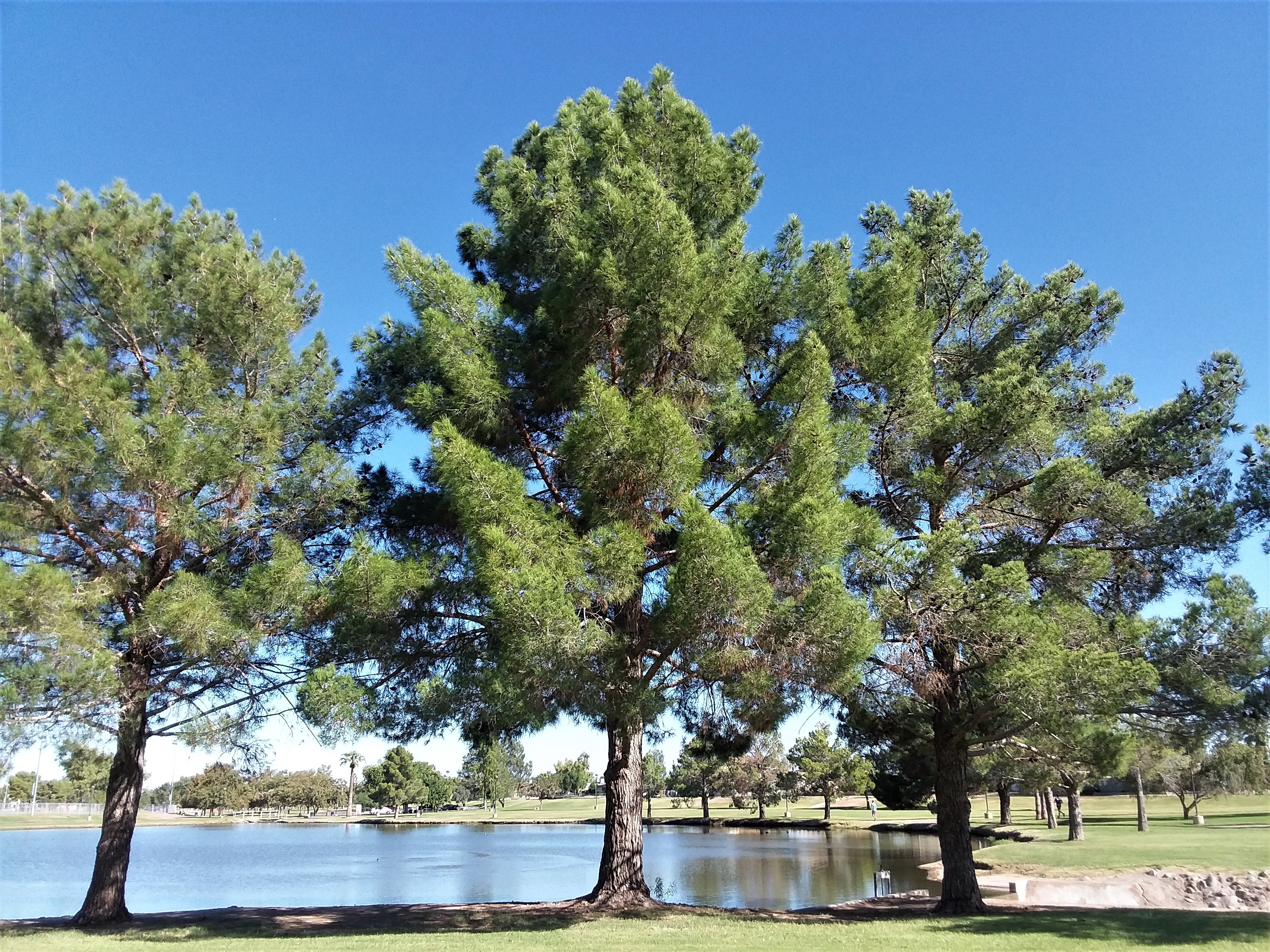 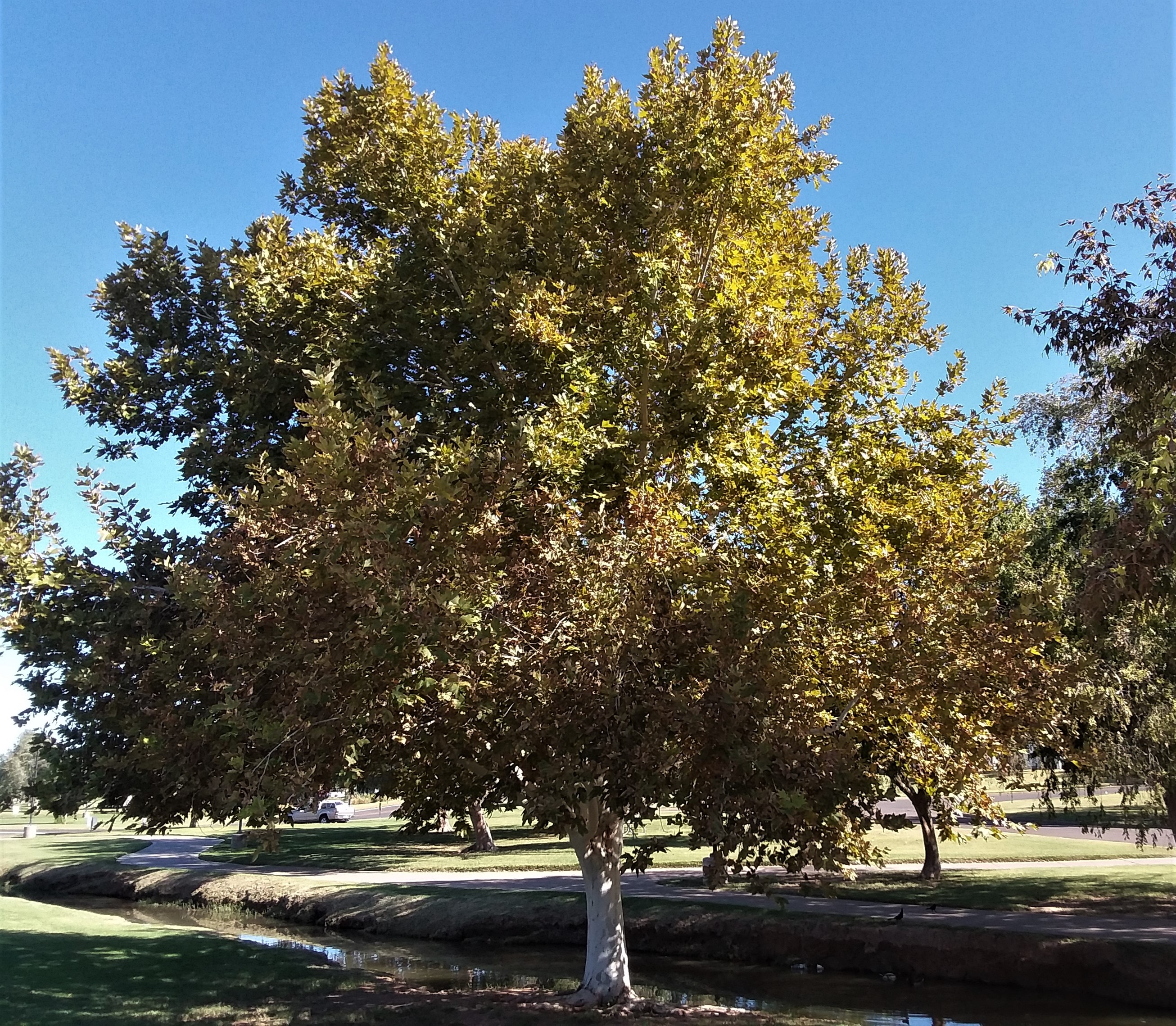 Palm and pine and sycamore. 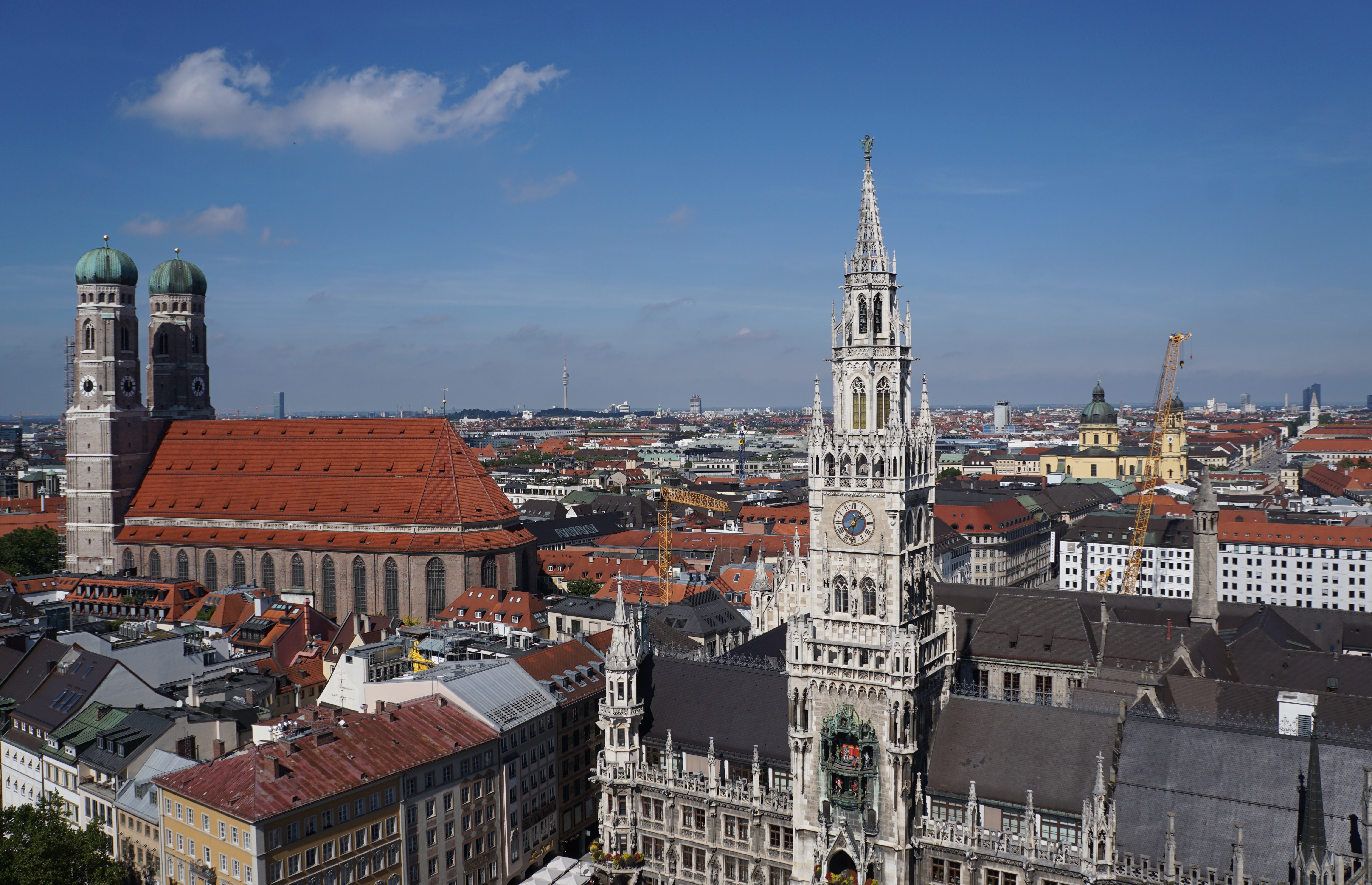 Munich  (“Home of the Monks”) is much more than beer and pretzels.

The capital of Bavaria and the third largest city in Germany has deep roots. According to the Encyclopaedia Britannica, they wind and trail back to the Benedictine monastery at Tegernsee, which was founded in 750.

Nearly twelve hundred years later, more than forty percent of Munich’s buildings were destroyed by Allied bombing raids during World War II. Today the city is a hub in the banking industry and home to the annual two-week Oktoberfest celebration, which ends on the first Sunday in October.

My husband and I toured Munich on September 15. It was a quiet Sunday about a week before all of the beer-laden and oompapa festivities of Oktoberfest. All of the shops were closed, but that didn’t faze us. We were content to ogle stylish Oktoberfest apparel through storefront glass and soak up summer temperatures. We couldn’t have ordered a more perfect day to navigate the normally bustling Marienplatz on foot.

We craned our necks skyward when the Glockenspiel in the New Town Hall played promptly at 11 a.m. Afterwards, we discovered a charming cafe and dined outside. We filled our bottles with fresh water streaming from a city fountain. Next, we were ready for a defining moment: climbing to the top of St. Peter’s Church for An Unobstructed View of the city’s historic skyline.

At this point, I realized how far Tom and I had come. I’m not talking about the actual distance from our home in Scottsdale, Arizona, to Munich, Germany, via a congested connection through Montreal with a sea of tired travelers. I’m referring to our personal journey.

After my cardiac event in St. Louis on July 6, 2017, the notion of climbing 299 steps skyward anywhere (much less in a tight space with few opportunities to pause) seemed implausible. Yet, without fanfare, on the last Sunday of summer in Munich two years later, Tom and I paid three euros a piece to an attendant for the experience of saying we had done it. We entered the church for the pleasure of mounting steep and circuitous steps. We joined a trail of able-bodied adventurers, who flowed up and down around us.

To the top of the church spire we climbed. Fifteen minutes later we arrived at the pinnacle. We took a deep breath or two and stepped out into an open-air observation area, where steel bars shielded us.

Together we wrapped our way around the circumference of the tower. We gazed across the horizon. We took a few more extended and grateful breaths. We captured a series of photos of a storied city.

Without the effects of beer or pretzels, we found our Bavarian bliss.