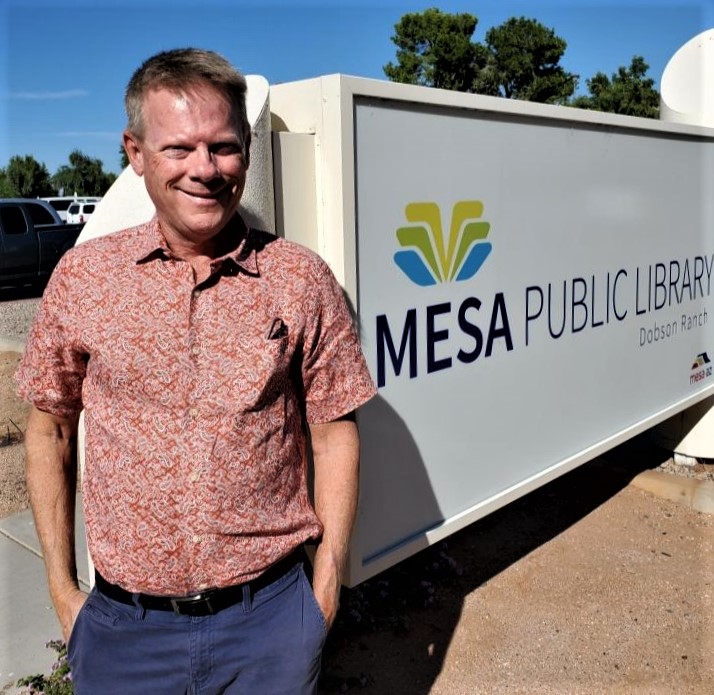 Some of my earliest and most vivid “learning” memories happened at the library. To be precise, it was the Tesson Ferry Library in South St. Louis County in the 1960s. I remember finding quiet comfort there with my mother on autumn Saturdays. I don’t recall the titles we checked out, but my sister and I always left with two or three books in our arms. Stories to be read at home. Books our busy mother often read with us.

At that point in life, I never imagined I would become an author. Or that some fifty years later the manager of acquisitions at the St. Louis County Library would call me (on my deceased mother’s birthday) with happy and fortuitous news. The library had purchased four copies of From Fertile Ground, my book about the grief I felt after the loss of my mother.

Now in my sixties, local libraries in Arizona deliver a dependable dose of quiet continuity. They connect my early days as an eager reader with my later days as a memoir writer … and provide community outlets for me to connect with avid readers.

All of this is a prelude to say I’m excited and proud to be exhibiting at a Local Author Fair this Saturday (1 to 4 p.m.) in Mesa at the Dobson Ranch Library, 2425 S. Dobson Road. Authors from across Arizona will be there exhibiting, selling and signing their books. I love these opportunities to talk with readers. To hear about the kinds of books that interest them. To share my stories and memoir writing tips.

If you live in the area or happen to be visiting the Valley of the Sun, I hope you’ll stop by to say hello and spend part of your Saturday at the library. 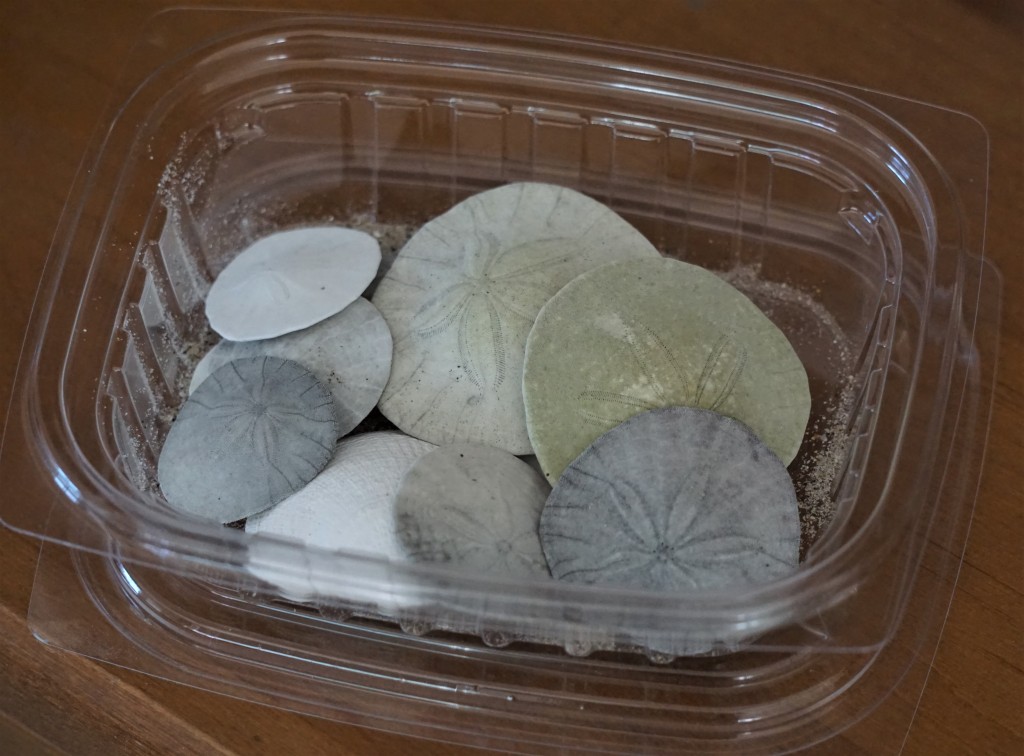 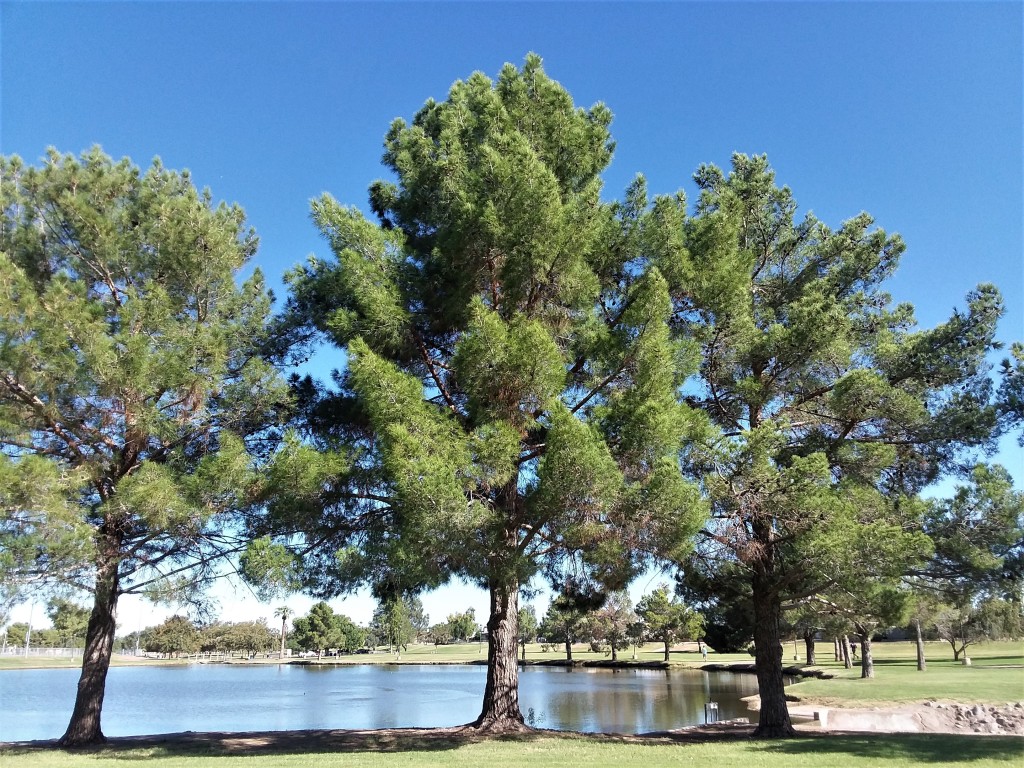 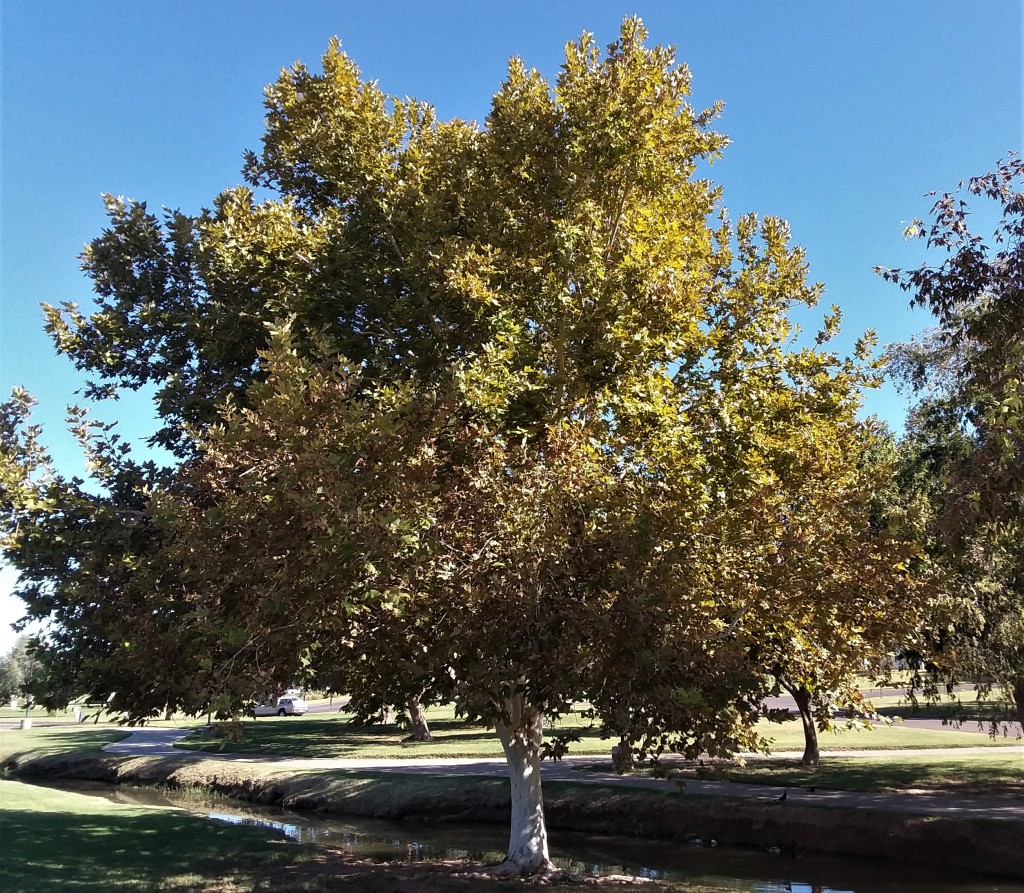 Palm and pine and sycamore.

Ordinarily, pruning branches in our condo complex is something our landscape crew attends to. But they haven’t appeared lately. So, last week Tom and I dusted off our hedge trimmers. We gave haircuts to the fig and orange trees in our row. We didn’t mind. We had the time, energy and motivation.

Today, I stood in front of our mid-century condo. Gazing east as the morning light forced me to shield my eyes. Surveying the overgrown boughs of a luscious lemon tree that shrouded the sidewalk to our parking lot. Hands on hips, I uttered these seven words:

Yes, a guy born and raised in the Midwest, near towering oaks and majestic maples that abandon their leaves every October, now trims fragrant citrus fruits in autumn and says these peculiar things. Who is this crazy person? Where did this new language come from?

Let me be clear. This wasn’t the first time I was privy to this sort of newfangled, desert phraseology.  In the fall of 2017, just a few months after my husband and I left Illinois and moved into our Arizona condo, he shouted the following previously undocumented sentence as I wrote at my desk:

There’s a lizard in the sink.

As calmly as possible, I pressed “save” on whatever I was writing and scampered into the kitchen to see what Tom had discovered. Indeed, there was a lizard in the trap of the sink. He was no more than two inches long and frozen like a tiny statue exhumed from an archaeological dig. I’m sure he was frightened by the two giant heads peering down at him.

If you’re an animal lover like we are, you’ll be delighted to learn that we didn’t freak out and smash him in the sink. Instead, we kept our wits. We scooped him onto a piece of paper and carried him outside to safety.

Slowly, he slithered off into the desert landscape to resume his natural existence. Just a few yards away from where the freshly shorn fig, orange and lemon trees live in this sun-drenched land of sand and saguaros.

Eight o’clock on a seventy-degree October morning. Tom and I walk three thousand steps west from our condo door and arrive here. Squint and you can conjure the head of a giant tortoise emerging over the hill … waiting to be fed. In reality, the only ones scouring for breakfast are the three microscopic bighorn sheep climbing the Papago buttes in the Phoenix Zoo on the right side of the frame.

Surreal giant tortoises and real bighorn sheep on a spectacular Sunday. Such is life in the rugged, yet serene, Sonoran desert.