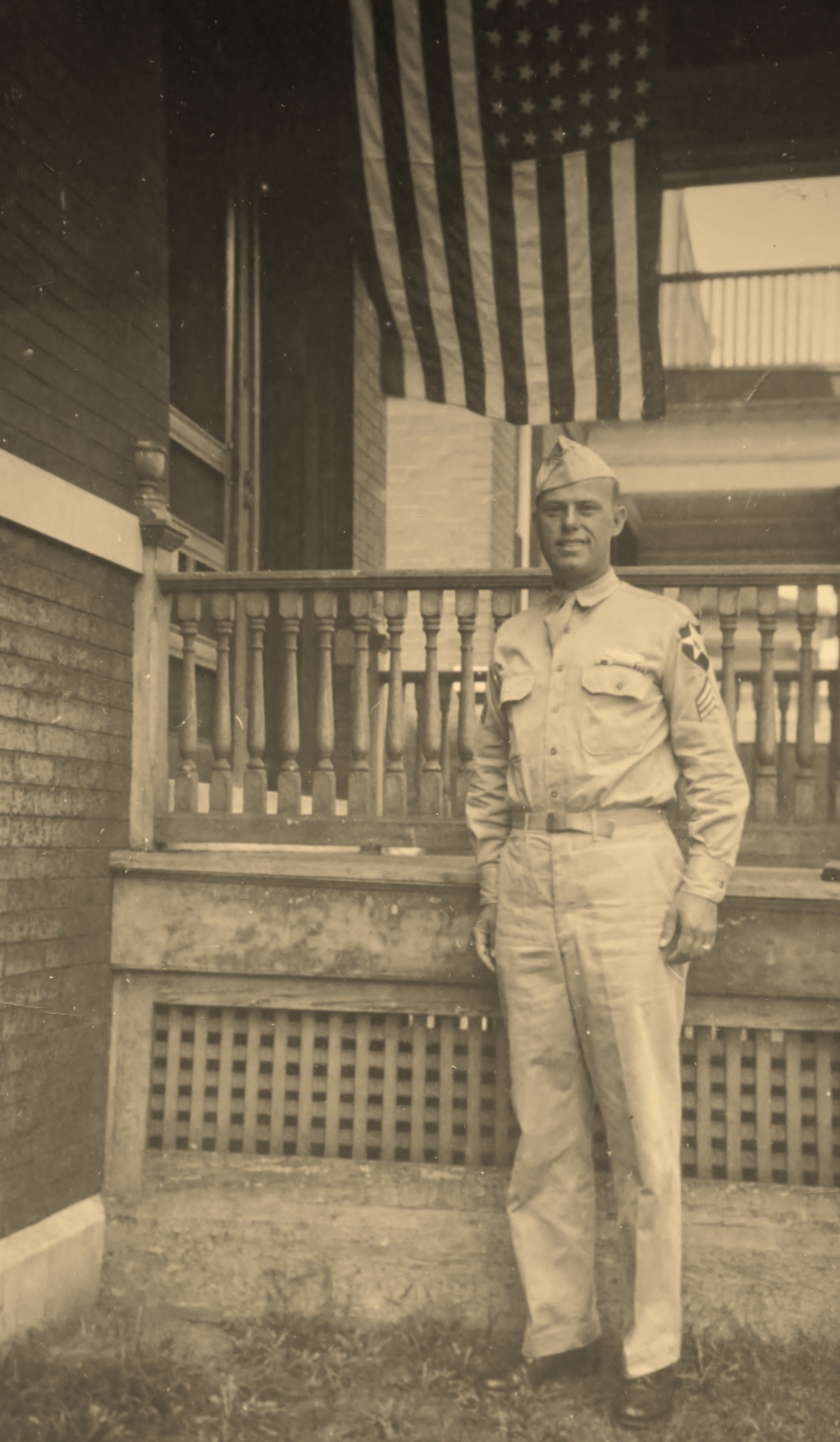 My father, Walter Albert Johnson, was an Army sergeant in the 23rd Infantry Regiment and veteran of World War II. Dad was proud of his service to his country. He fought in the Battle of the Bulge, the last great conflict of the European phase of the war.

When the war in Europe ended and Walter returned home on board the U.S.S. Monticello in July 1945, he was scheduled for a thirty-day leave prior to reassignment in the Pacific Theater of the military operation. But on August 6, 1945, the U.S. dropped the first atomic bomb on Japan. World War II ended  shortly thereafter. Walter’s fighting days were over. He received his honorable discharge from the Army on October 11, 1945.

Walter didn’t talk much about his experience as a soldier. But I know he endured foxhole fright and frozen feet alongside hundreds of other soldiers who faced a similar plight. Years later, he suffered horrible nightmares. Even so, in the early 1960s when he huddled with my sister and me along parade routes that wound down St. Louis streets,  I remember how Dad jumped to attention to salute the American flag as it passed. I admired his sense of patriotism. It was one of his finest qualities.

Though Walter has been gone nearly twenty-five years, I think of him often. Snippets of him and his lasting impressions on my life appear in all three of my books. In honor of Veterans Day and the sacrifices made by all military veterans living and deceased, the purchase price of the Kindle version of my latest book, An Unobstructed View, will be reduced to ninety-nine cents on Amazon from November 9 through 15.

2 thoughts on “A Salute to Walter and All Veterans”